The Early Years of Westbourne Motors 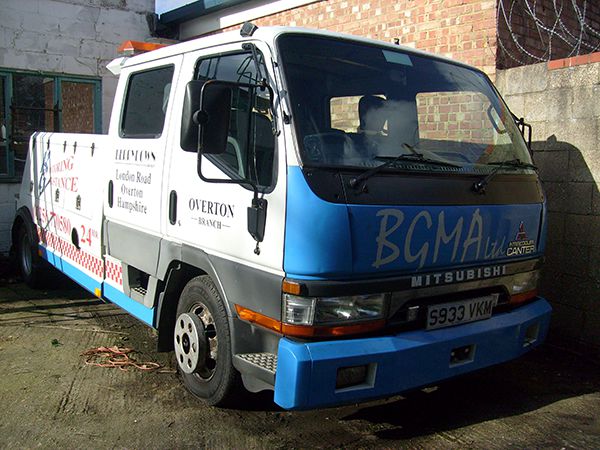 The company was founded in 1967 in a small lock up garage in Westbourne Mews, Hove from where it derived its name. John Colburn and Norman McPherson were two enthusiastic young men whose love for vehicles and machinery were put to the test when they decided to try and earn a living by starting a unique partnership.

Working very long hours John & Mac provided motor vehicle servicing and repair services to the local community. In later years a Land rover with a crane was bought enabling the boys to pick up their customers that had broken down.

In the early years, John’s son, Richard, could always be found near his Dad helping in and around the workshops in Hove and at the race tracks where both John and “Mac” would be racing and testing their latest mechanical four wheeled creation.

As the years passed, the company moved into car sales and its fleet of one recovery vehicle grew into several, and when John's son Richard joined the company as an apprentice he threw himself wholeheartedly into all that the company were providing and starting from the shop floor learnt every aspect of the business as he progressed through the company.

Eventually his skills and unique qualities were recognised and he was invited to join the partnership. His input has largely grown the company from a workshop with a breakdown capability, to a thriving Breakdown and Recovery Company with workshop facilities at four key sites in the South East at Hove, Haywards Heath, Basingstoke and Chichester.

When opportunities to expand arose, Westbourne Motors took over several companies including Saltdean Recovery in Brighton, Southern Counties Recovery based in Crawley and Berrydown Motor Group in Basingstoke all of which assisted with the company’s rapid growth.

Westbourne Motors continued to grow steadily but in 2009 this growth increased dramatically when the company was successful in obtaining the lucrative Greenflag contract making the company just one of five companies selected by Greenflag to deliver all of its roadside services in Mainland Britain. Westbourne Motors currently provides roadside services to most of southern England.

In order to supplement the geographical area with workshop facilities, in 2012 the company acquired a disused dealership franchise premises in Fishponds Bristol and converted the building into a flagship workshops repairing and servicing cars of all makes and providing first class MOT facilities too.

Also in 2012 the company took over the roadside operations of Ontime Sussex along with its Sussex depots at Shoreham and Bolney, near Haywards Heath. This significantly increased again the volume of work the company performs as well as increasing the numbers of staff it employs and the vehicles it runs.

The Company’s Roadside Assistance brand is now the preferred choice for the South of England and has become synonymous with efficiency, punctuality and courtesy resulting in all the major motoring organisations using our front line services for their motoring customers.

Whether you are in an accident or broken down, be assured Westbourne Motors can repair your car or get you to your destination.

Westbourne Motors has grown considerably and now can boast a fleet of over 150 recovery vehicles that travel the length and breadth of Great Britain and who work for many of the largest names in motoring.